The Haunted Island, A Frog Detective Game is the subject of our scrutiny on today’s episode. The Haunted Island follows the gritty neo-noir tale about a down on his luck amphibian detective tasked with investigating the grisly details of a mysterious series of events on a remote island kingdom. Prefer to watch? Click the link above or visit 2 Headed Hero on YouTube!

The Haunted Island: An Introduction to Adventure Gaming 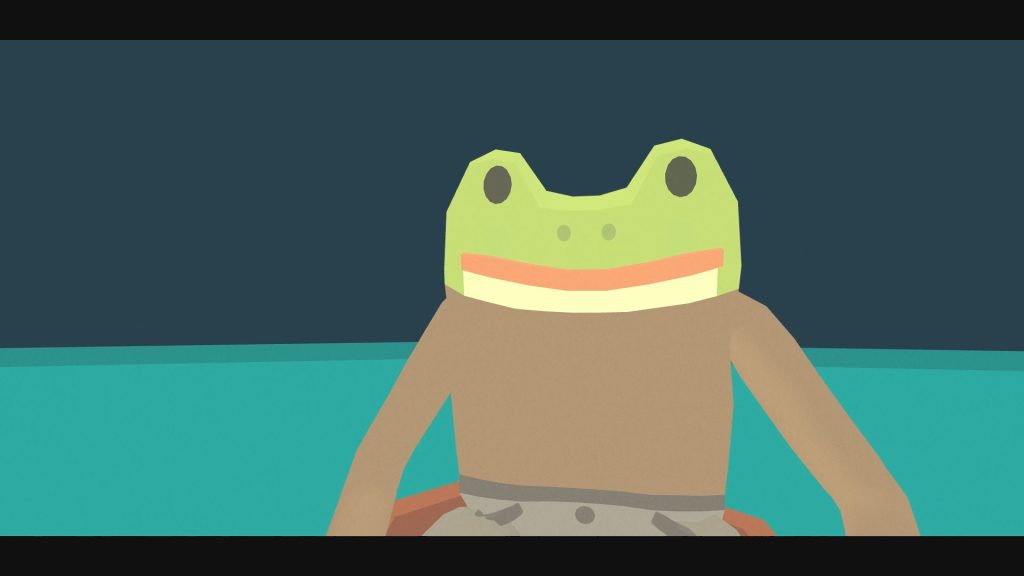 The Haunted Island, A Frog Detective Game, was developed by Grace Bruxner and Thomas Bowker and released on November 22, 2018. The subtitle, “A Frog Detective Game”, seems to imply upcoming sequels to this initial foray, and Bruxner has recently previewed the return of our slimy sapient in a followup series entry. The game’s hour-long experience is rich with charming presentation and silly dialog, and serves as a wonderful introduction to the wide world of adventure gaming. 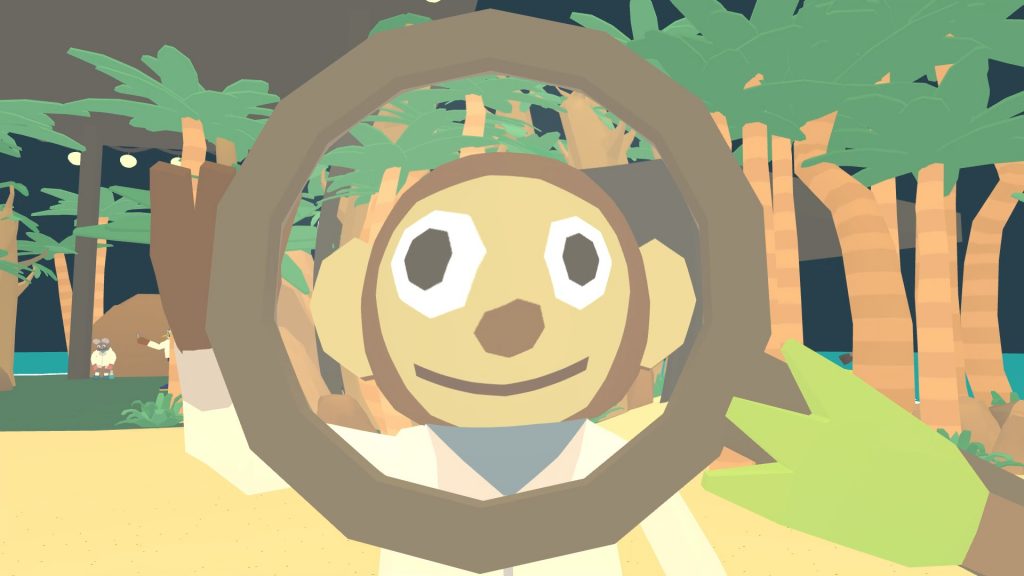 Visuals in The Haunted Island take on a vibrant low-polygon style. While you won’t see any modern eye-candy trappings like advanced lighting or fog effects, the simplicity gives the graphics a sort of “construction-paper” quality. The sound design is equally minimal, containing a relaxing jazz soundtrack punctuated only by occasional effects. While there’s nothing groundbreaking to be found in either graphics or sound here, The Haunted Island’s trappings still succeed as a vehicle for its simple plot.

Begin With The Basics

Adventure games have been around nearly as long as PCs themselves. From the days of ancient text adventures such as Zork, to modern entries such as The Cave, several central mechanics and themes remained consistent throughout the genre’s long life.

Within The Haunted Island’s colorful walls lie the distillation of a dialog system, inventory puzzles, and story. These building blocks of adventure are presented in a way that even the most novice newcomer can grasp. 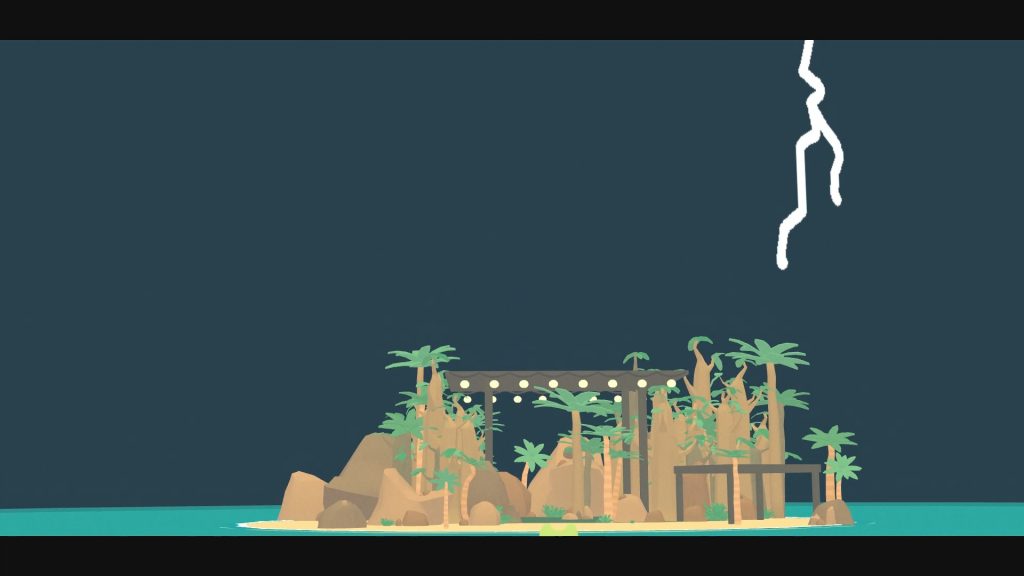 Dialog trees take center stage, and most of the simple puzzles revolve around talking to the characters and remembering your conversations. The dialog is presented in an overly tongue-in-cheek fashion, but does a fair job of painting each character’s personality with minimal brush strokes.

Inventory? It’s rudimentary, but it’s there. Our spring-legged protagonist uses items automatically upon uncovering the correct dialog branches. Representative icons pop up at the top of the screen every time Frog Detective gathers new clues.

A plot? It doesn’t get much more basic than the one presented here, but the nonviolent story in The Haunted Island touches on all of the five tenets of a short story: characters, setting, plot, conflict, and theme. 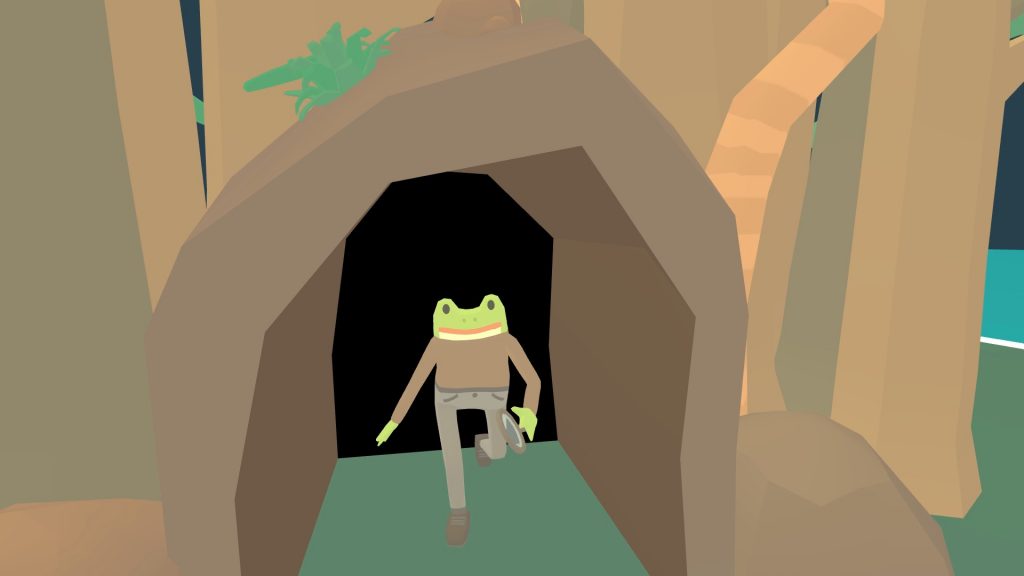 The Haunted Island is basically the adventure game equivalent of a children’s book. And that’s a good thing – growing up with adventure games not only helped me with reading comprehension, but it also helped teach me how to ask questions, solve problems, and approach different personalities. It’s clear that this title takes aim at younger audiences, but there’s still an appetizer of innocent fun here for kids of any age. 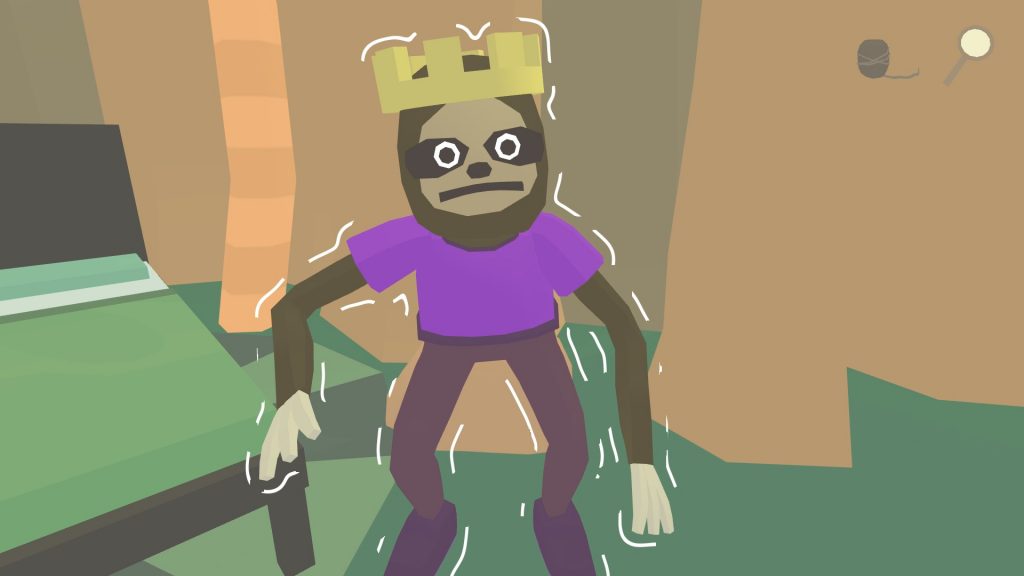 The Haunted Island costs the same amount as a large coffee, and that’s a small price to pay for a member of a new generation to take interest in a long-standing category of gaming goodness. I wholeheartedly give this one a big waggle of my head-bone.

Hell, Rollin even liked it enough to drop some bars: