Just when we thought Daniel Mullins couldn’t top the wonderfully clever Pony Island, in waltzes his genre-blending, fourth-wall-breaking adventure known as The Hex. Prefer to watch? Check out our two-tone take by clicking the image above, or visit 2 Headed Hero on YouTube!

The Hex: Not What I Hexpected

The premise on The Hex‘s Steam page seems simple enough. Six video game protagonists meet in a tavern at the end of the game universe. The barkeep receives a mysterious phone call about a potential murder. It’s up to players to navigate the backstory of each character, and unravel the means and motive for this mystery.

I am a huge fan of Daniel Mullins’ previous effort, Pony Island. The Hex is Mullins’ second full release on Steam, but this talented developer makes no attempt to hide his passion for game jams. You can find a boatload of his prior prototypes available (for free) on his itch.io page.

The Hex solidifies Mullins’ place as a developer to watch. Both Pony Island and The Hex tend to leave players pondering the presented mysteries long after completion, or scouring the games for clues in second playthroughs.

Pony Island’s plot slowly revealed a creeping meta-horror theme before coming to a glorious climax. In contrast, The Hex leans more towards a dark, yet playful, meta-critique of gaming that finishes with a delightful twist. 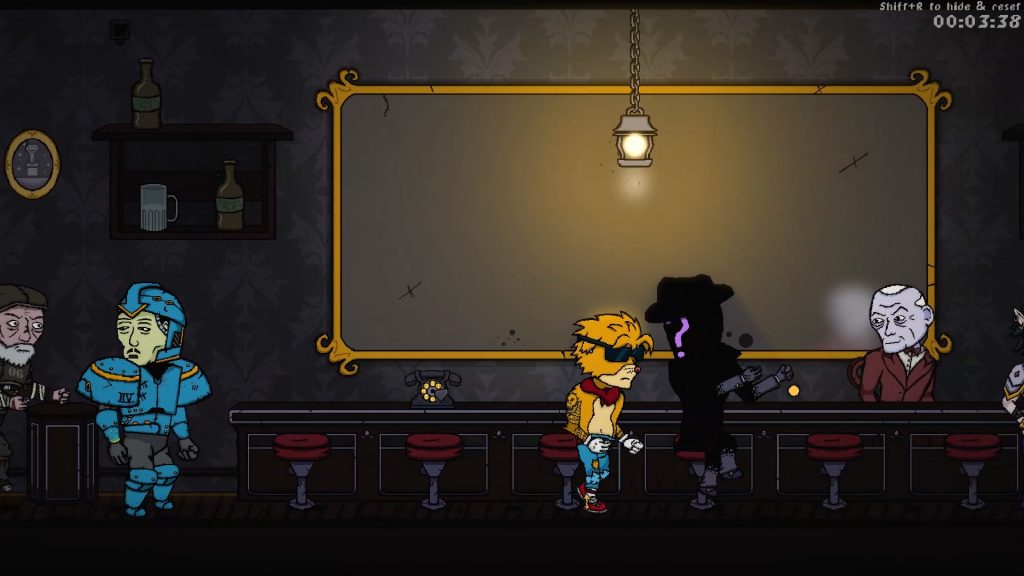 Visuals in The Hex are a stylized pixel-art affair. Much of the game will be spent guiding one of several big-headed marionette-like characters. During each character’s flashbacks, players are treated to a surprising amount of variety in character assets and backgrounds. There’s even some neat environmental effects to be found here.

Subtle changes occur to the appearances of the protagonists throughout The Hex. Looking closely, tiny details and differences on the character outfits and expressions will appear as the plot threads progress. This is a really nice touch, and helps accentuate the passage of time throughout the game. 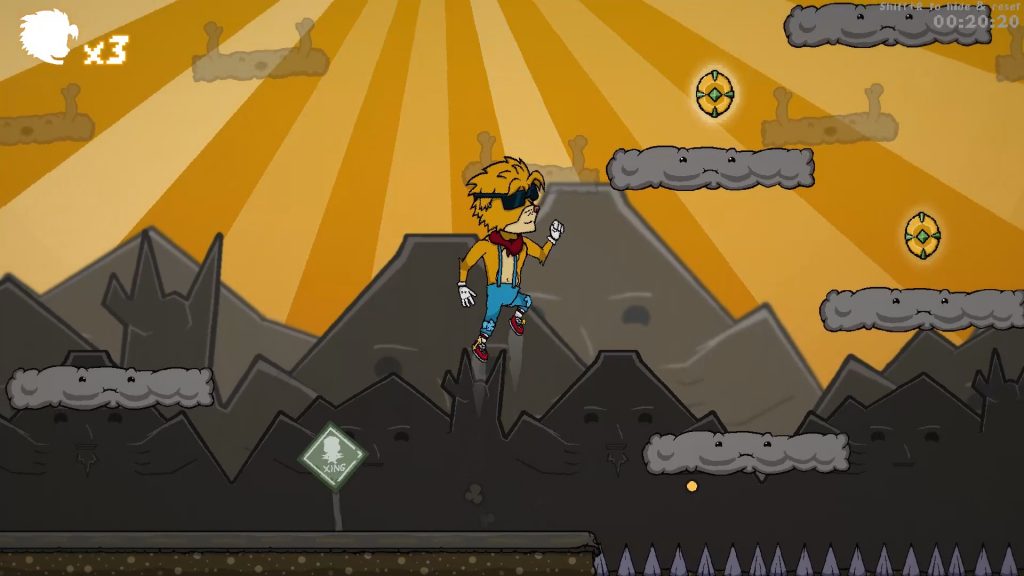 The marionette look may not be for everyone, and if pixel graphics are a deal breaker, gamers may want to move on. Still, I found it difficult to find any real faults in The Hex‘s look. There were only a couple minor visual annoyances. For one, the game ran in a lower resolution when first booted up. (This was easily fixed via the options menu.) The game also enables a noise filter by default, which is bothersome for streamers and YouTubers. Fortunately, this can be turned off.

Hexactly What We Needed To Hear 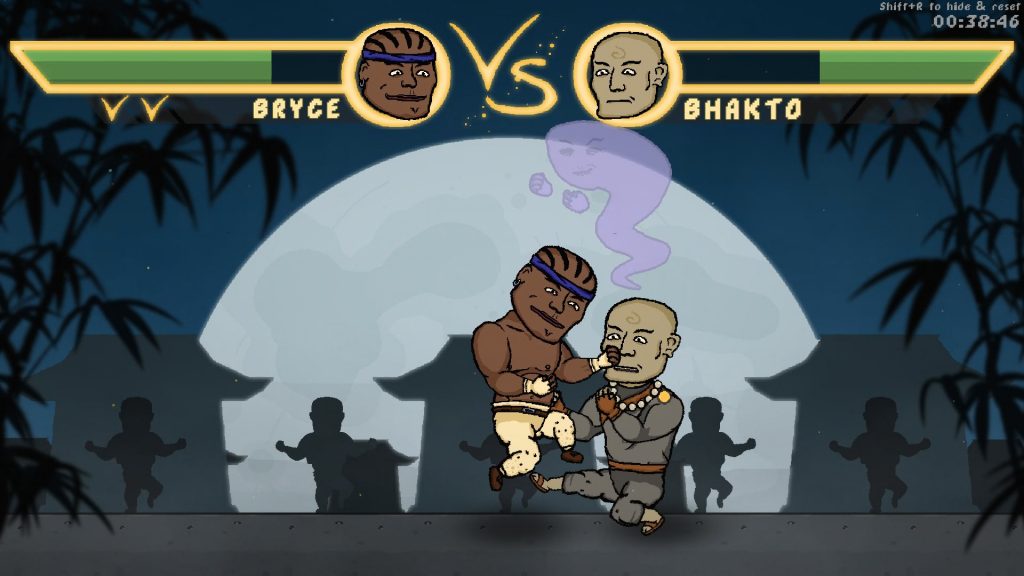 The Hex pays an equal amount of attention to its soundscape. Effective environmental layers mix with character sounds to set a serious mood throughout the tavern. The music tracks played during the flashbacks are suitably “videogame-y” and fit the tropes well. Over-the-top wailing guitars in some of the more “radical” game flashbacks came across as an audio joke. This is something that seemed intentional and meshed with the tongue-in-cheek writing.

Character speech isn’t voiced, but is instead relegated to jabber that plays out while their word bubble text scrolls. Careful attention was placed on the pacing of speech, and this was a very effective way to convey emotion in the dialog. 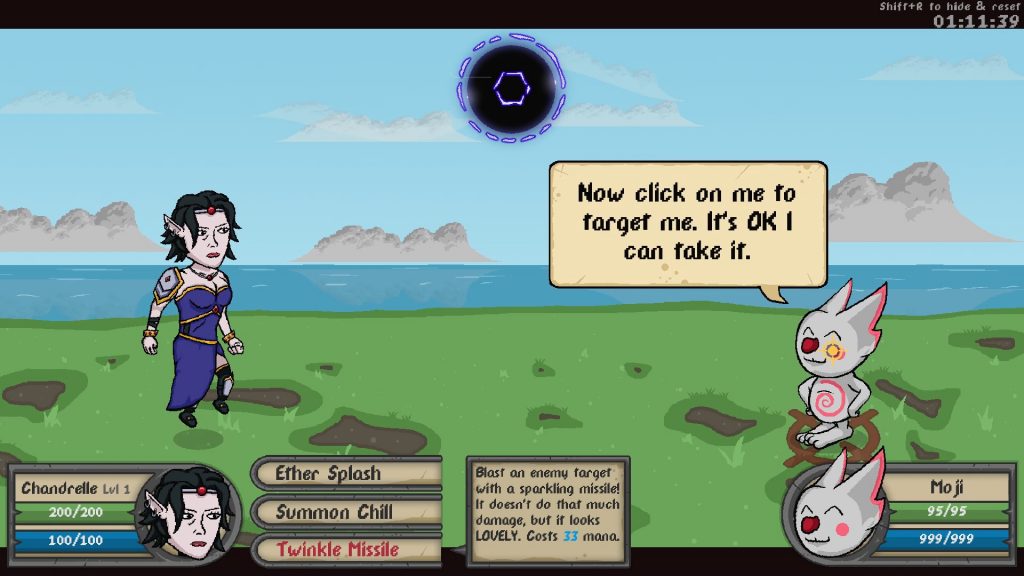 The Hex is a linear title that defies convention by introducing fourth wall breaks, meta references, and contextual puzzles. Because of this, the game is difficult to talk about without spoiling – the twists make up a lot of the fun.

Functionally, much of The Hex is spent as a simple point-and-click adventure game. Players navigate the run-down Six Pint Inn and solve simple puzzles to advance the plot or enter the next chapter. Each chapter culminates in a flashback, played by using standard WASD and mouse controls. While there were a few stumbles in some of the game types, each change generally felt intuitive.

The challenge level is fairly mild. None of the chapters require blistering arcade skill or bend your brains with puzzles. All of them still usually require a little clever thinking outside the box to complete. 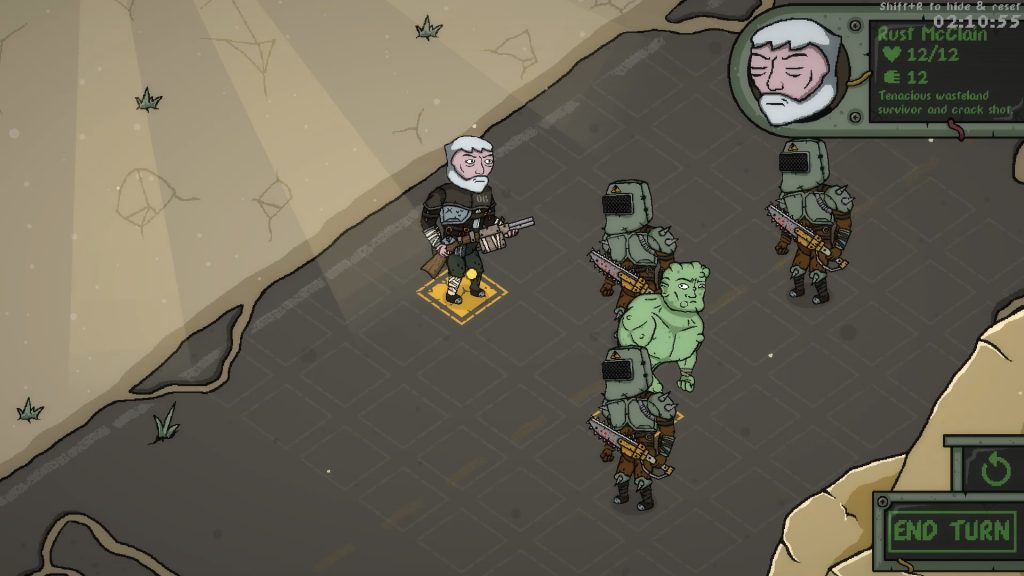 The Hex pulls no punches at lampooning turn-based strategy, platformers, RPGs, and 2D fighters – to name just a few examples. While playfully running the gamut of gaming trope parodies, The Hex also makes jabs at other aspects of gaming subculture that have popped up over the last few years. Streaming, modding, user reviews, and intellectual property battles are some of the real-life side effects video games have created in their wake. The Hex attempts to provide an inside view of these side effects. From the get-go, the playable characters have bold personalities and are self aware of the fact that they are video game protagonists. Anticipating their reactions is loads of fun.

Wonderful, To A Large Hextent

Overall, I had a lot of fun during my time with The Hex. The humor was a hit. The visual style is endearing. The concept was clever. The gameplay was fairly intuitive due to the straightforward controls, and the story was quite compelling. In a universe of bland open world shooters and grindy online games, Considering the low price point, this game’s six-hour span should not be passed up. The Hex is one of those tightly scripted linear experiences that truly stands out.