Admittedly, these are different from the millions of Superman and Batman figures currently available, as they are based on DC’s All-Star comics; where Superman is dying of sun poisoning and Batman is calling small children retarded (in all fairness, Robin asked a very stupid question). 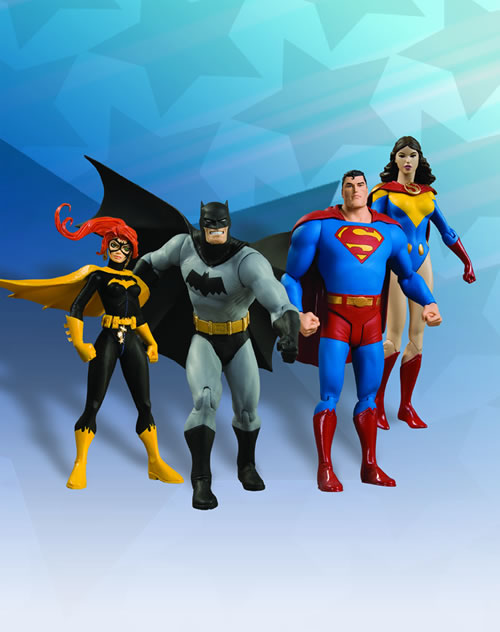 That’s Superman and Lois Lane as Super Lois, as drawn by Frank Quitely on the right, and Batman and Batgirl as drawn by Jim Lee (and surely influenced by All Star Batman writer Frank Miller) on the left. They’re due in September, meaning you’ll have forgotten all about ’em when they’re released. (Via Action-Figure)