WHO WOULD HAVE THOUGHT GETTING NAKED WAS A MISTAKE?

A fan of horror games, are we? Well, it’s all fun and games until you find yourself being hunted down in a badly-lit house, collecting scraps of paper that detail the sordid tale of a mad scientist’s great and terrible sins against nature. (And the mad scientist is you! It was you all along!) These tips can help you survive a horror game – and may help you avoid being trapped in one to begin with.

Horror games are having something of a renaissance lately, especially in the indie sphere. Where big-name studios have largely dropped the ball (or in the case of Konami and Silent Hills, hurled the ball into a pit of acid, set the ball on fire, and spat on the ball’s corroded charred corpse), indies have taken up the charge to make games that really give great scares. We can only hope that they read this list and dream up ways to keep it coming for years.
1. Try to Force the Game Out of Genre 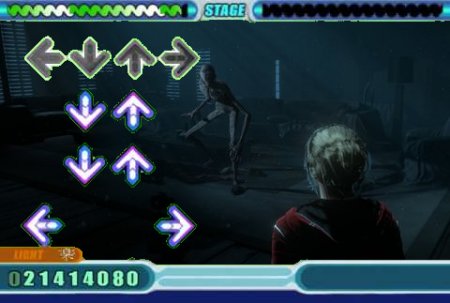 It is a well-known fact that wendigo are scrubs who can’t do anything past Light.

Horror games are all about atmosphere, and it’s hard to keep the chills going when one of the characters keeps trying to engage the monsters in a dance battle. Do what you must to shove the game into a genre that’s more to your tastes – shriek like an ape and hurl barrels, down a few pills and try to gnaw on the ghost’s arm when it turns blue, call the deep space abomination “senpai” and demand they respond only through the onscreen menu system. You might wind up with all your limbs intact and with a meaningful, lasting relationship. What more could anyone ask for?

It’ll get you out of: Any game that tries to take itself too seriously. Pretentious art games take maximum damage.

But careful, you might wind up in: Saya no Uta, House of the Dead

It helped me get all the unlocks in Dead or Alive: Beach Volleyball! Why won’t it help now?

Puzzles and tough moral choices? Those hardly matter when you’ve got a phone and YouTube walkthroughs. (Or GameFAQs, when your wifi signal sucks. Spooky houses always have that problem. Probably some zombies sucking down the bandwidth to play League of Legends.) When you know the exact what, where, when, and why of your horror game’s setting, much of the tension will simply evaporate – you know exactly what this choice will affect, and which quicktime events you can whiff without consequences.

Tread with caution, however: roguelikes will never give you the same experience twice, and no amount of video walkthroughs can fully prepare you when the random number god feels like smiting you.

It’ll get you out of: Until Dawn

But careful, you might wind up in: The Binding of Isaac, Darkest Dungeon

3. Clothes Make the Man (Look Like a Giant Frog) 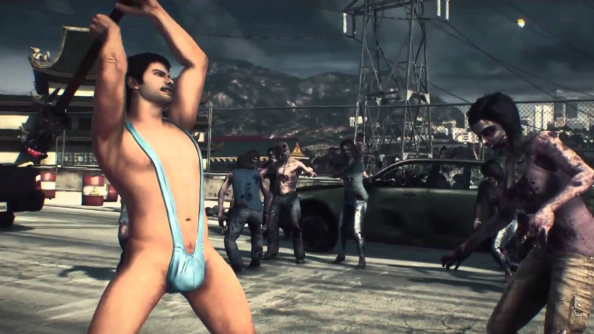 A fusion of style, flexibility, and support makes for superior zombie battle gear.

If you’re out to make a real attempt at survival in a horror game, dress for comfort and flexibility: comfortable jeans and sensible shoes are a must. If you’re out to make a complete nuisance of yourself to the game’s programmers, dress to destroy their storytelling credibility. Wear a horse mask in every scene. Download some mods to make the monster chasing you look like Shrek. Cosplay as a licensed character and watch as you’re frantically edited out to make the lawyers lose the scent. The possibilities are as boundless as your creativity, though you may have to wind up grinning and bearing a nude mod or twenty.

It’ll get you out of: Pretentious art games and triple-A titles that are way too up their own asses to appreciate the siren song of a silly hat.

But careful, you might wind up in: Dead Rising, Resident Evil 4 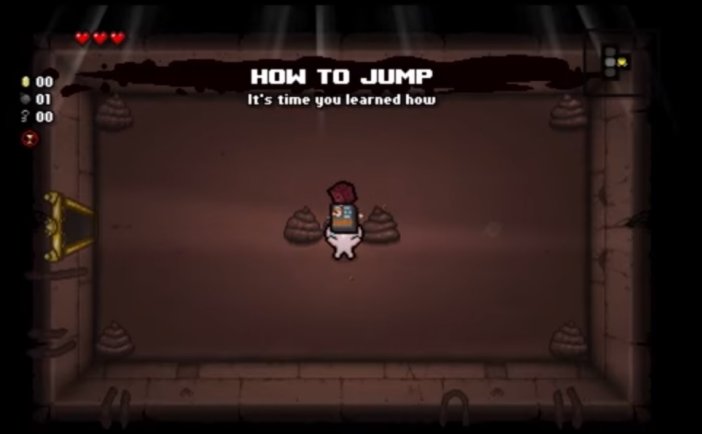 Come on, you’re not “trapped” anywhere. The fence is barely waist-height, and you’re on the ground floor, just jump out the – yes, “jump,” that thing you do with your knees. Flaunting your ability to enter the forbidden realm of a foot or two off the ground will strike mortal terror into the enemies’ hearts. With such godlike powers, who knows what you’ll do next? Soon, you’ll be ignoring puzzles and brightening your TV screen to cripple the darkness mechanic. The game developers gaze into the abyss, and it’s you gazing back.

It’ll get you out of: Slender: The Eight Pages

But careful, you might wind up in: A game running on an engine that’s not held together with bubble gum and paper clips.

The front door of that scary mansion just bolted itself shut? Well, apply the nearest chair to the nearest window, and you’ll be strolling out the front gate before the opening credits are done rolling. A determined programmer may try to call your bluff – there are mutant dogs outside the door! You’ve got to get the big scoop! You’ve got to see why your dead wife sent you that letter! – but it’s been shown time and time again that player creativity and determination can create scenarios that programmers just aren’t paid enough to fix.

It’ll get you out of: Silent Hill 2, Resident Evil 1

But careful, you might wind up in: Clock Tower

I can only play rhythm games with my feet and my main source of nutrients derives from seasonal candy. When not surfing the adrenaline rush of hurling my controller through the TV screen, I enjoy anime/manga and cosplay. I spend most of my free time being rejected by my cats.