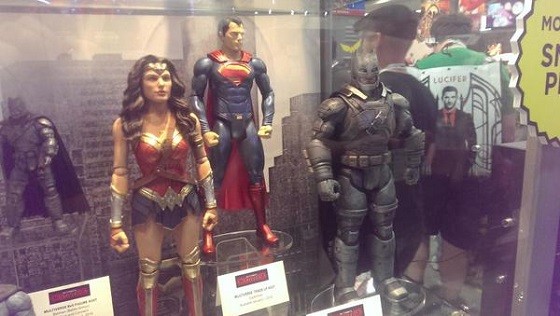 I had the chance to talk to BvS writer David S. Goyer today about the new horror film he’s producing, The Forest, which opens the first week of January. We’ll have that full interview closer to the release of The Forest, but for right now he dropped a couple of superhero hints you may find worthwhile. I segued in by asking about how The Forest‘s unstoppable ghosts might be like Doomsday…

David S. Goyer: Yeah. Unfortunately, Warners isn’t ready to talk about that film yet. They’ll jump on me if I do.

LYT: In the vaguest terms, though, some fans are concerned that the [BvS] trailer’s shown too much. Can you reassure us that it hasn’t shown too much and there are still surprises?

DSG: There are still surprises. I wouldn’t be worried about that.

LYT: Can you say anything about the Krypton TV series? I’m a big fan of Gotham and was wondering if it’s going to be like that, or in continuity with the movies, or if that decision’s even been made.

DSG: Touch wood, we’ll be filming that maybe May. So it’s very much in early prep stages right now. I would say the most exciting thing about it is, I’ve seen some chatter online and so far everything I’ve read is completely wrong. I don’t think it’s AT ALL what people are expecting, which is kinda neat.

You’ll want to read the rest, in which we discuss Asian horror versus western, and how studio perceptions of comic books have changed since he did the Blade movies. All I can say for now is “stay tuned”!