Menu
Home
>
Movies
>
Funko’s Fast and Furious Pop Vinyls Are Hilarious – But Where Are the Women? 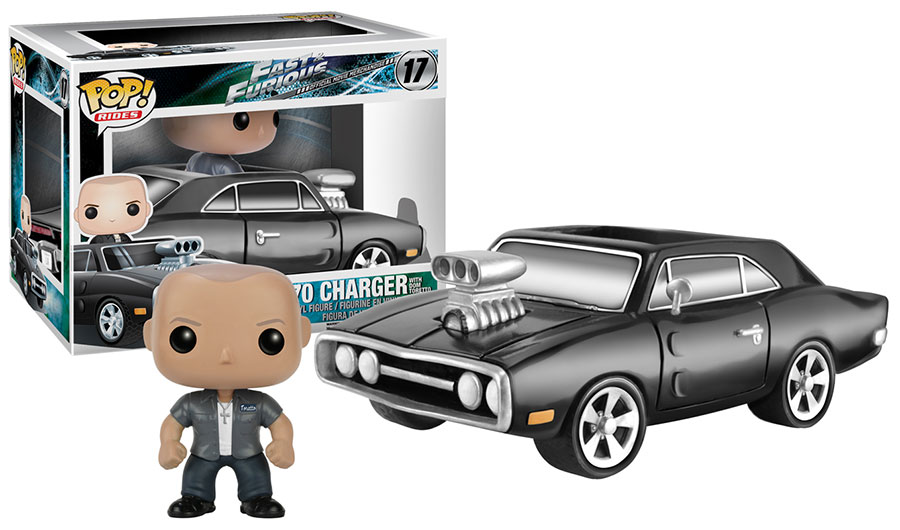 Big-headed Vin Diesel in his little car is only slightly more cartoonish than the real thing – and quite possibly the best representation of that character one could hope for.

Less than what you’d hope for, however, is the regular figure lineup, which features Dominic (Diesel), O’Conner (Paul Walker) and Hobbs (The Rock). In a franchise that has been at its most popular with FOUR lead characters, two of whom were women – there are none in the line. Hobbs didn’t even appear till part five. Obviously Dwayne Johnson is a popular actor, but the original four should have been made first – Letty and Mia returning in part 4 was a huge deal, and a sign that the story course had been corrected; not to mention the fact that this a franchise whose success is partially attributed to its diverse cast. Funko needs to get things back on track now too.

I presume if the line does well enough they’ll get to everybody – but here’s hoping that at least they get to Letty and Mia before Roman or Han, or any villains. And more LEEEEEEEETLE CAAAAARSSS!