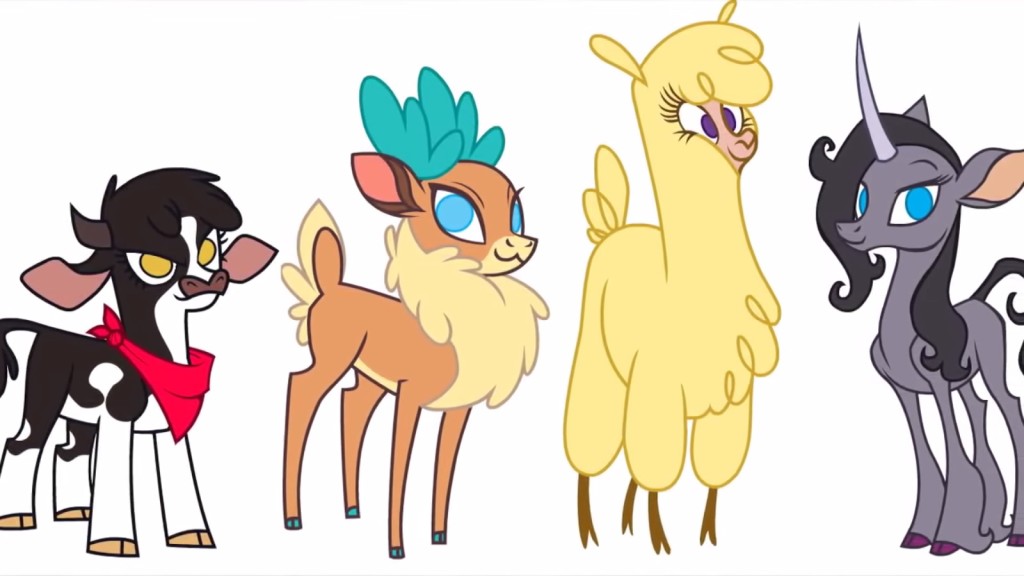 This really is a pretty sweet deal – you work on an unauthorized game based on a big licensed property, get shut down…and then the creator of the original property offers to design an entirely new  creative IP, so instead of cute cartoon ponies, you have cute cartoon cows, deer, llamas and unicorns. Unicorns? Yes – with clearly defined split hooves instead of the blobby appendages My Little Ponies have, so IT’S TOTALLY DIFFERENT SHUT UP.

Basically, Lauren Faust has the same fantasies you do about her cute animal characters  beating the crap out of each other. If this does well and she decides to do an Equestria Girls ripoff, I presume there will be Fatality moves. (Look, they refer to the game’s credits as The Book of Eldritch Lore. Really. They obviously know fanfic.) Among the reward tiers, you can get a plush version of one of the characters for $2500. They do not suggest what you can and cannot do with it.

With nearly a quarter of the funds raised already, I’d bet on the game happening. And bet even further that some enterprising hacker will develop a “hot coffee” mod the very next day.